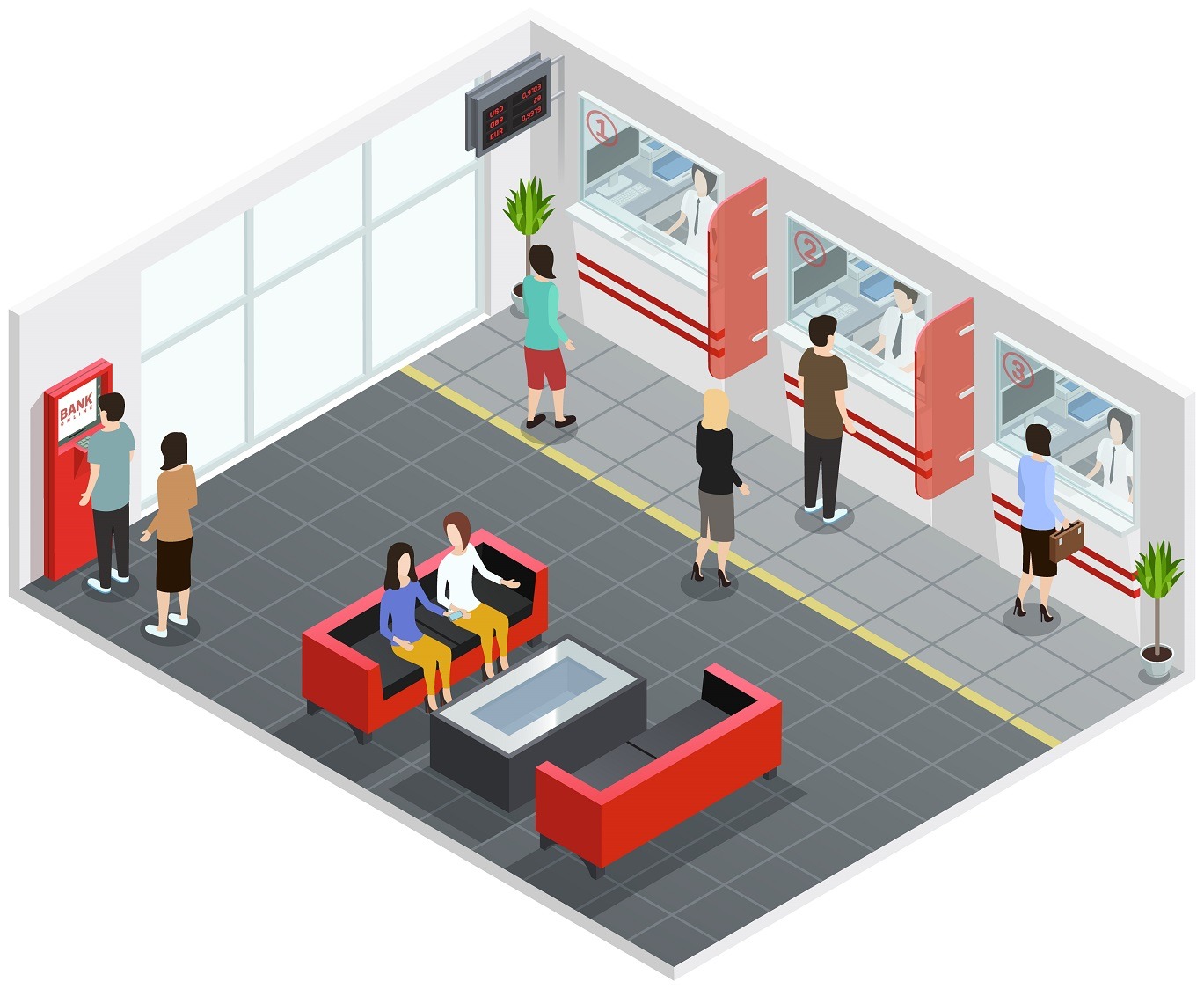 Our software is often used as queue management software for banks, attractions and waiting rooms. You enter the waiting area of a building and pick your number and then wait until your number is displayed.  With the number that you got from the ticket dispenser, you are guaranteed that the sequence of helping is well organized. In the waiting room, there is a display that displays the current number being helped. You watch carefully that screen till it reaches your number and then it is your turn.
We have 2 solutions for this waiting queue management system.  A simple one with CounterPoint and an option to use multiple counters and multiple service desks with DataPoint.

CounterPoint is intended for a single counter that can be used e.g. at a bakery or butcher.  You can have multiple personnel working, but they work at the same ‘desk’ and serve the next customer from the queue.  When a customer is served, they increment the number with a mouse click and the running slide show (a PowerPoint presentation) will display the new number.

This waiting queue management system requires a different set up when customers are served from individual service desks like e.g. at a bank. Potentially, you can have multiple counters on the screen for different purposes.  For example, a counter for deposits and a second counter for loans. This more complex implementation cannot use CounterPoint and should switch to the enhanced DataPoint product.

The purpose of this article is to explain the complete setup of the use of DataPoint in a queue management system. Basically there are 3 components: 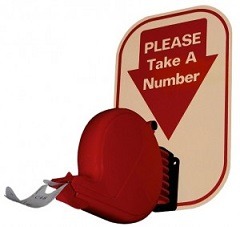 A piece of hardware where a next number is peeled off from a pre-printed roll.  Or sometimes an instant printer that prints the number on request.

This is the first step that a customer takes when he or she is entering the room.

The number that is currently being served from the queue is displayed in large on a computer or television screen. What do you need for this setup?

Any computer with a Microsoft Operating system will work. It could be a full new computer an older computer that was replaced, or maybe a small computer like the Intel Compute Stick.

Use a normal computer screen or television screen. No big difference today, but there is one important issue.  Buy a screen that is large enough for your waiting room. The larger the room, the larger the screen typically.

We recommend PowerPoint for your queue management system because PowerPoint is the world’s leading presentation tool. PowerPoint is complete, easy to operate and is part of Microsoft Office. Best of all, PowerPoint allows add-ons to extend functionality like our CounterPoint and DataPoint products.

Use the powerful DataPoint technology to display real-time information on your slides.  Basically, DataPoint connects a slide or text box to a database and reads out the current queue number or counter.  Whenever the counter is incremented this new value is updated at once at the linked text box. 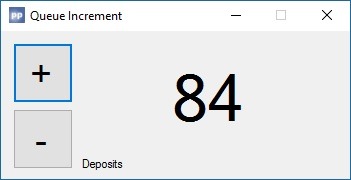 Employees are working at several service desks to individually serve a customer. When a customer is served, they increment the number of the display screen to signal the next customer of the waiting queue. We have developed a small app to increment the central number from the desk. With that app, they can increment or decrement in case of a mistake, the running number.

Technically, this increment updates a small Microsoft Access database that is used to store the information on disk. The logic is very simple. It increments the last number and when the number exceeds the maximum defined number (typically 99), it is reset to the minimum defined number (mostly 1).

DataPoint is connected to this database and the current counter value is read out on a regular interval and displayed in real-time on the screen. You can download here, for free the Microsoft PowerPoint template and the counter increment app.

App to Update the Counters

Use DataPoint for your Queue Manage System