While it is a useful tool, it is unusual that a PowerPoint presentation becomes a major player player in international politics and tension. Let’s look at how the Meng Wanzhou PowerPoint became the “smoking gun” that has lead to multiple arrests and a major escalations in political tensions between China, Canada and the US.

Who is Meng Wanzhou?

Meng Wanzhou is the Chief Financial Officer of Huawei and the deputy chair of their board. The company was founded by her father. Huawei is one of the largest telecommunications makers in the world. 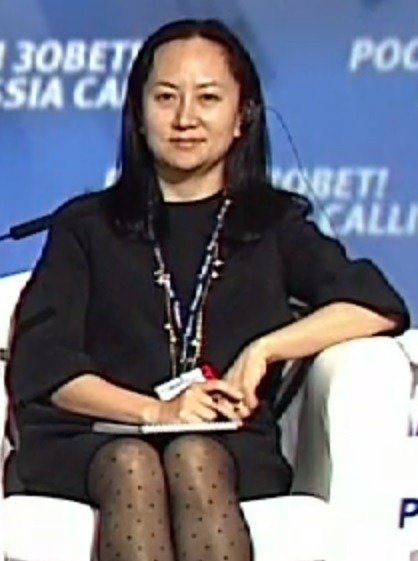 So Why is Meng Wanzhou in Trouble?

The US government alleges that Huawei Technologies Co’s wireless networking equipment could contain back doors allowing access by the Chinese government. They also allege that Huawei has engaged in corporate espionage and that it exported technology of US origin to Iran, violating US sanctions.

The US government alleges specifically that Meng Wanzhou, Huawei’s Chief Financial Officer covered up attempts by companies linked to Huawei to sell equipment to Iran in violation of the US Sanctions.

On Aug 22,2018, a New York court filed an arrest warrant for Meng to stand trial in the US.

In Dec 1, 2018, Meng was transferring planes in Vancouver (Canada) while traveling to Mexico from Hong Kong. Meng was arrested by the RCMP in Vancouver at the request of the US, pursuant to the extradition treaty between the United States and Canada.

Meng is currently under house arrest in Vancouver and is undergoing extradition hearings to the US. The Chinese government has detained two Canadians in retaliation and charged them with spying.

Reuters has an extensive Meng Wanzhou timeline put together if you want to see all the events that have transpired, but our focus here is how PowerPoint is involved.

So What About That PowerPoint?

The “smoking gun” in this case is a PowerPoint.

With the US sanctions on Iran, no company is allowed to sell certain equipment from US companies to Iran. The US accused Huawei of using an unofficial subsidiary called Skycom Tech Co Ltd. to obtain the prohibited goods.

The US claims that the true nature of Skycom was that of a front to hide Huawei’s activities in Iran. If this is true, then they allege that Meng knowingly mislead the bank, putting the bank at risk of violating sanctions against Iran.

Here is a slide from the PowerPoint. 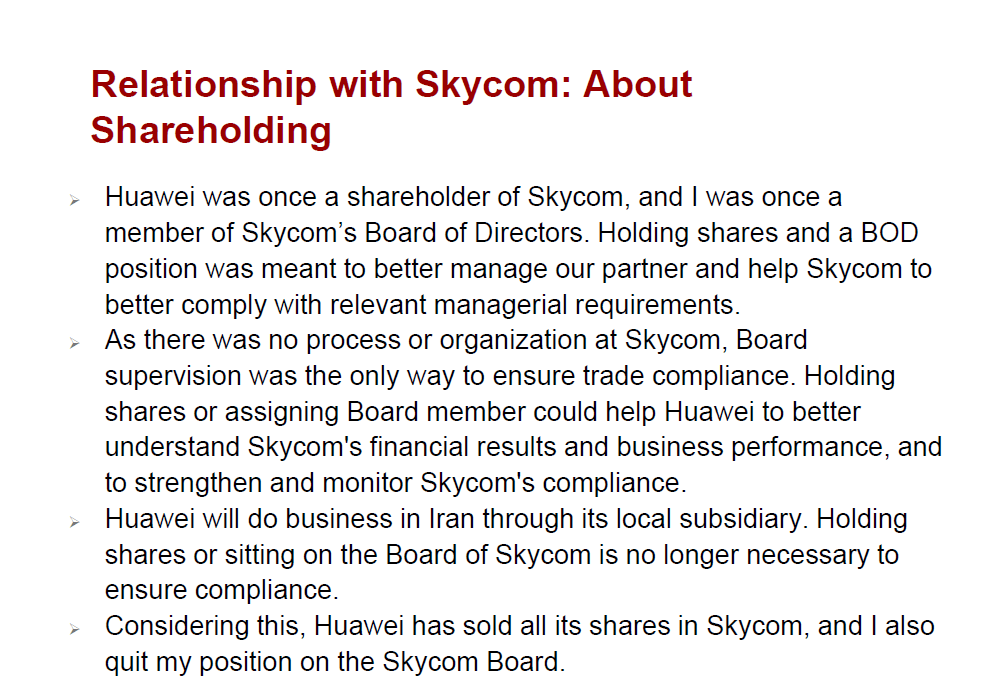 We aren’t journalists and aren’t going to comment on Huawei and Meng’s guilt or innocence, but we wanted to highlight how a lowly PowerPoint, the Meng Wanzhou Powerpoint, became the focus of increasing superpower tensions, accusations of spying, sales of embargoed equipment to Iran, and long extended court battles.