What is an Infographic?

“Infographics” is a shortened compound word from “information” and “graphics.” Infographics are visual representations of information, data or knowledge.

Where Did You Get the Data for the Infographic?

In this case, I accessed the data from Pew Social Trends. Pew Research is one of the world’s leading, nonpartisan sources of surveys and statistical information in the world.

What Data Does This US Gun Ownership Infographic Show?

In this case, I chose my data to make a point. While there was a lot of data provided, I was checking to see how important gun ownership was to people in the US by race, gender and education levels.

When I broke the data down by race and gender, I found the following:

The largest US gun ownership group is white males, but even only 48% of them own a gun. White women (25%) and nonwhite men (24%) owned about the same amount of guns and nonwhite women were the smallest group with only 16% owning guns.

This data indicates to me that gun ownership is actually not something the majority of people in the US practice although it is very widespread.

What if The Data Changes?

A survey like this is like a snapshot – it only shows what is happening at that moment. When the data changes, so should your infographic.

The values and meters on your infographic can change based on the data feeds.

What Do I Use To Create My Own Infographics?

We recommend PowerPoint ™  for infographics for these reasons:

Don’t want to do the graphics yourself?  We offer custom PowerPoint design services as well.

Need help with PowerPoint, infographics and data? Contact us and we would be happy to help. 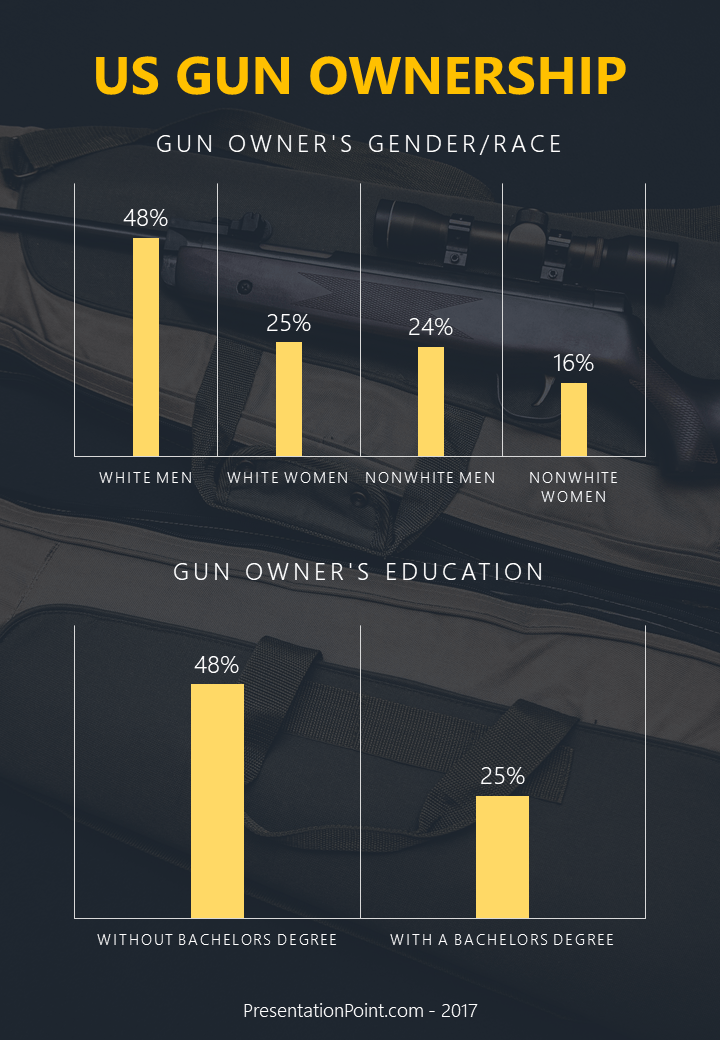