Me as a person, who is dealing with digital communication and digital signage every day, found several locations where the shop’s digital signage system was not working. Then I’m always wondering; who is managing this? What software are they using? Let’s go into detail of what I noticed or what I would suggest for improvement. In these cases, the software or implementation failed and I’m trying to look for better solutions. I’m not playing God, and not saying that our software has no problems or downtime at all. 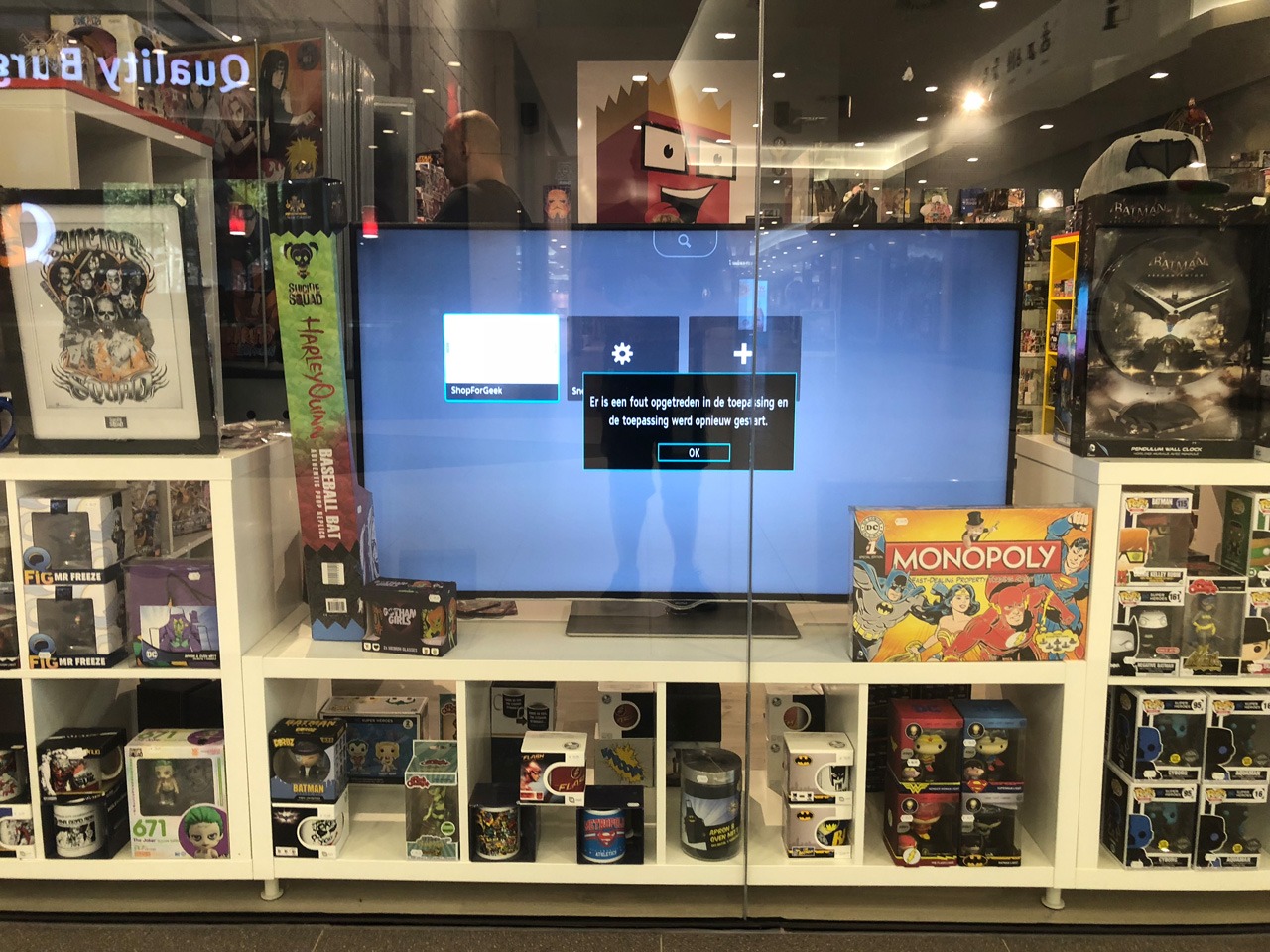 But the built-in digital signage solution is just a cheap built-in solution to playback images and videos. It is more like a picture frame showing sequences. Typically the images are fine (since they use JPG) and work in most cases. Video playback is something different. The codec used for the video is mostly limited to a few basic formats only. So most video playback needs to be re-rendered and downsized before it can be used on the television. Also, a big disadvantage is that you have no distribution or planning capabilities.

But the biggest problem here is this system is a local non-networked system, that is not monitored or handled by the shop’s headquarters. So nobody at the management or general operations has a good overview of what is running where. Nobody is signaling potential problems. The employees of the local shop will probably just restart the television in the hope that the system will recover automatically. Another missed opportunity for the shop, in general, is that they cannot schedule new content from remote locations. So they will have to send e.g. new memory sticks to the shop every month. With that mechanism, they are completely lost and have no control.

As a side effect of a DIY digital signage non-centralized solution, you often see shop employees using the unfriendly remote control to start the video and set it to repeat forever. These people are not trained for this and should not be looking after this system at all. 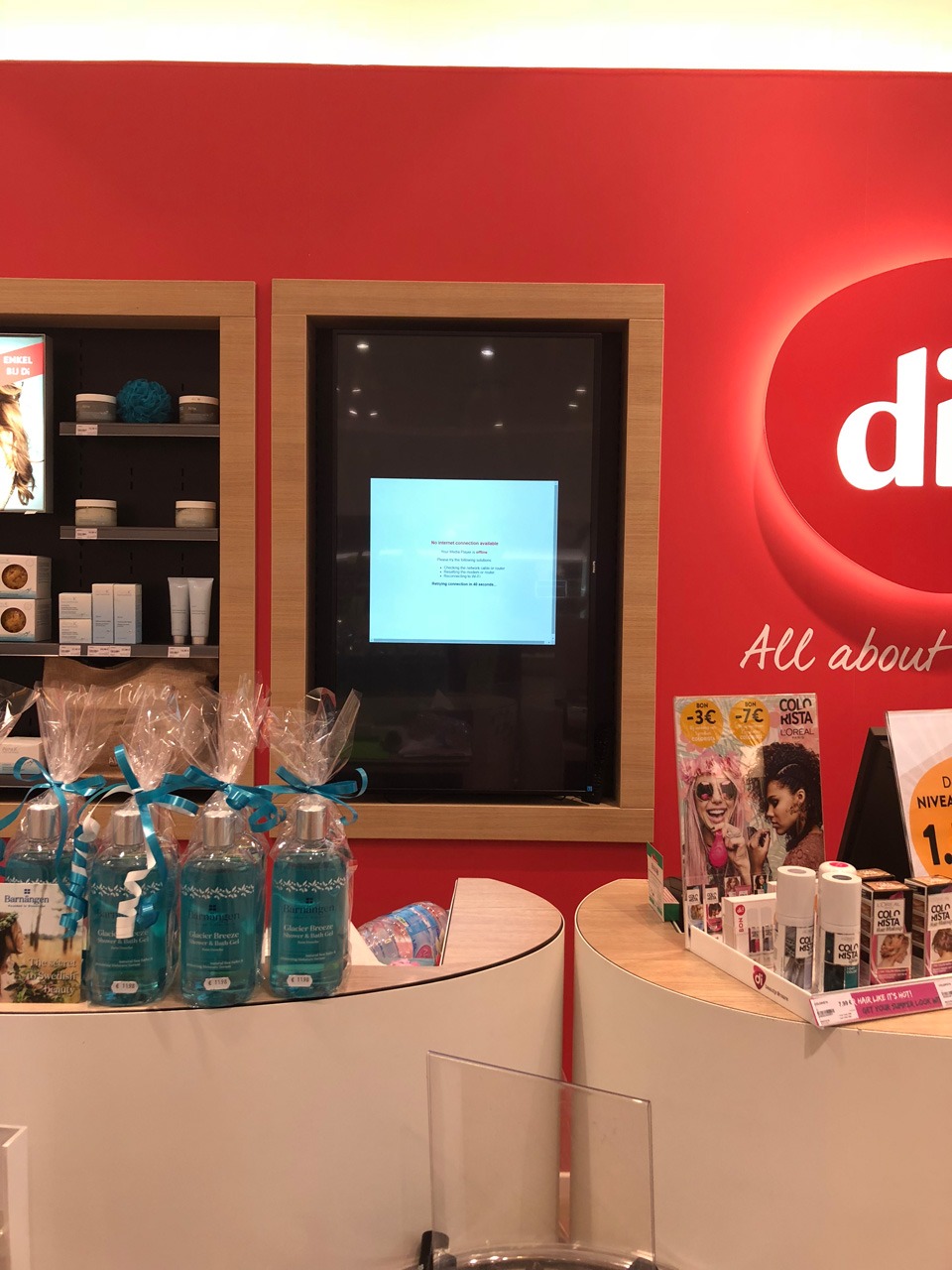 A second shop showed this screen (above) where it is looking for an internet connection. This system seems to be better since it apparently gets its content from a central point, probably the headquarters. But it cannot display anything at all since there is no internet connection. Most likely this software solution is just displaying the output of an internet website. So since there is no internet, the remote site cannot be reached. Result: screen in fault.

A better digital signage solution would be able to have a local cache of the video files and display local files only. With this set up that way, you would need an internet connection to run a slideshow. 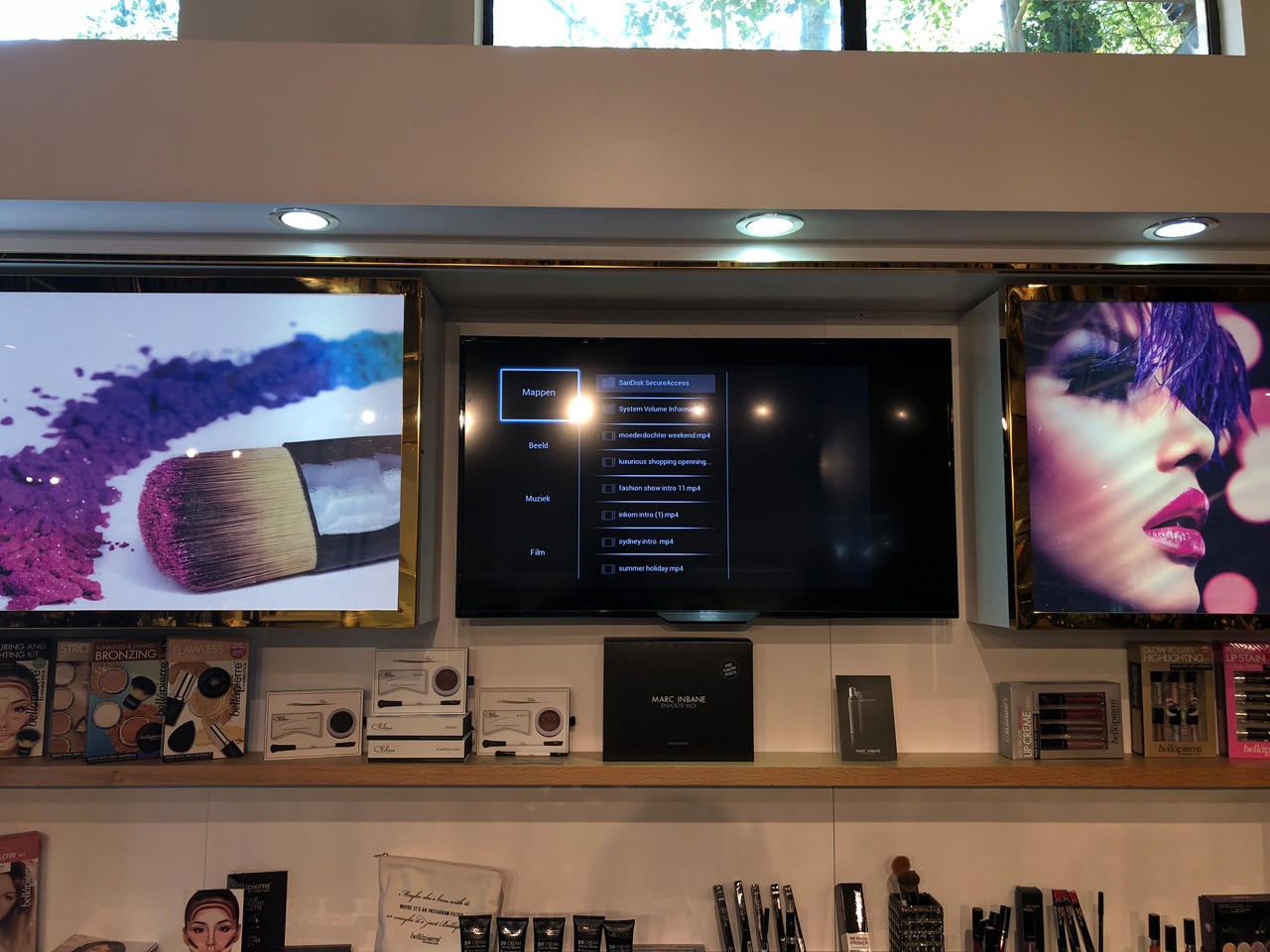 A third shop has a situation probably the same as the first shop. The automatic playback on the DIY digital signage default television software is failing.

Better for this would be the use of a real digital signage player (computing device) that is connected to the headquarters. The advantages are that they can schedule and distribute playlists generally from the HQ and that every shop has the same latest playlist. Or maybe a playlist specific for a region, or language, etc.